A Case You Should Know: Dematteo v. Dematteo

In the case of Joseph Dematteo vs. Susan J. Dematteo, the Supreme Judicial Court ruled that the Probate and Family Court judge came to an incorrect conclusion in finding that the prenuptial agreement between spouses of about 8 years, Joseph and Susan was unenforceable. The probate and family court’s judgment was reversed by the SJC on the enforceability issue.  (…though the additional question of whether the husband had to pay his ex-wife’s attorney fees was affirmed and remanded back down for further consideration of the costs).

The Facts of Dematteo v Dematteo

Joseph and Susan married in 1990 at the ages of 47 and 41, respectively. Though they had only been seriously romantically involved for a few years before marriage, they had known one another during their childhood and had briefly dated in the 1970’s. Accordingly, Susan was aware of Joseph’s immense wealth and he was aware of her lack of wealth. At the time of their marriage, their respective financial situations were as follows:

Before their marriage, Joseph discussed with Susan the need for an prenuptial agreement and both parties retained their own attorneys for representation, who commenced with negotiating and drafting the Massachusetts prenuptial agreement. While the probate and family court  did not find Joseph to be “overbearing” in his request for the agreement, it did note that Joseph was “very clear that such an agreement was necessary,” and that Susan felt rushed.

During negotiations of the prenuptial agreement, Joseph and his attorney offered Susan the following in the event of divorce:

After Susan and her attorney reviewed additional income information provided by Joseph, they countered the original offer. Ultimately, the prenuptial agreement provided the following benefits to Susan, should the marriage end in divorce:

One provision that was ultimately struck from the executed prenuptial agreement was Susan’s request that she receive the lesser of 20% of Joseph’s estate or $5 million in the event the marriage was terminated by divorce.

The agreement, which contained waiver and fairness provisions along with warranties regarding legal advice, was signed on March 21, 1990 in the presence of both attorneys. The wedding was a few days later on March 23rd, 1990.

Let’s fast forward to 8 years later, when on March 13, 1998, Joseph filed for divorce in Massachusetts, providing that the marriage was irretrievably broken. He sought enforcement of the prenuptial agreement, and on February 12, 2001 after 3 days of a divorce trial the probate and family court  held that the prenup agreement was unenforceable, stating it was “not fair and reasonable at the time of its execution and is not fair and reasonable at the present time, and therefore may not be enforced.”

The Probate and Family Court’s Analysis

The probate and family court determined that the Massachusetts prenuptial agreement was not fair nor reasonable, citing primarily insufficient negotiations based on:

Although the probate and family court didn’t find that Susan had been under duress when she signed the agreement it nevertheless held that said agreement was unfair and unreasonable both when it was executed and at the time of the divorce. The court cited various cases to demonstrate precedence for the court’s authority to rule the prenuptial agreement unenforceable and utilized Dominick v. Dominick, 18 Mass. App. Ct. 85 (1984) in evaluating a “fair and reasonable” test applicable to the enforceability of a separation agreement, pointing to the following in making the decision:

The probate and family court also relied on Rosenblatt v. Kazlow-Rosenblatt, 39 Mass. App. Ct. 297, 301 (1995), stating that "[a] divorcing party's needs are to be measured by the standard of living enjoyed during the marriage, not by whether a proposed allocation would enable the party to merely survive or even to live comfortably.”

Ultimately, the probate and family court struck down the Massachusetts prenuptial agreement under a finding that there were “countervailing equities” to the agreement’s enforceability and that it contained representations that weren’t supported in the record despite the fact that the agreement was entered into knowingly by the parties whose independent attorneys had advised them of their rights. The judge cited cases Stansel v. Stansel, 385 Mass. 510, 514-515 (1982), and Randall v. Randall, 17 Mass. App. Ct. 24, 31 (1983) in this analysis.

In reversing the decision of the probate and family court relating to the enforceability of the prenuptial agreement, the Supreme Judicial Court noted the two-step guideline set forth in Osborne v. Osborne, 384 Mass. 591, 598 (1981), which provides the following:

Accordingly, the Supreme Judicial Court provided a detailed analysis of its findings under the two-step guideline set forth in the Osborne case.

Step 1: Was the Prenuptial Agreement Valid?

To decide whether Susan and Joseph’s prenuptial agreement was valid when it was entered into, the Supreme Judicial Court adopts the three “fair disclosure” rules set forth in Rosenberg v. Lipnick, 377 Mass. 666 (1979).

Rule No. 1 was the most contested issue on appeal in this case, and the judge relied on Upham v. Upham, 36 Mass. App. Ct. 295 in applying a test of fairness and reasonability. In describing this test, the judge noted that “[w]here there is no evidence that either party engaged in fraud, failed to disclose assets fully and fairly, or in some other way took unfair advantage of the confidential and emotional relationship of the other when the agreement was executed, an agreement will be valid unless its terms essentially vitiate the very status of marriage.”

Additionally, the Supreme Judicial Court found that the probate and family court applied the incorrect legal standard in its analysis of Dominick v. Dominick and Rosenblatt v. Kazlow-Rosenblatt. While the probate and family court’s findings were based on “the entirety of the financial settlement" the Supreme Judicial Court’s analysis distinguishes separation agreements from prenuptial agreements providing that “[a]n antenuptial agreement, in contrast, permits the parties to define the material aspects of their relationship before they enter into the status of marriage. If the terms of a proposed antenuptial agreement are unsatisfactory, a party is free not to marry.”

Under Rule No. 2, the Supreme Judicial Court judge noted that Susan was well aware of Joseph’s net worth and that he gave her a detailed statement of his assets along with his 5 most recent tax returns. Although Susan claimed that these full disclosures were not made until two weeks before the wedding and she thus felt pressured, it is apparent that she “plainly had sufficient knowledge of her future husband's worth to make an informed decision as to whether she wished to consent to the agreement.”

Under Rule No. 3, the Supreme Judicial judge explained that a waiver is important because it allows both parties to demonstrate that they’ve made a meaningful choice in giving up particular rights in consideration of marriage. That said, this prenuptial agreement did in fact contain a waiver, and Susan waived certain rights except for those specifically described in the agreement. There was no evidence to suggest that Susan’s waiver of her rights under Massachusetts divorce law were not meaningful, and she could have more fully explored inquiries into the waiver of her rights if she had so desired.

Step 2: “Second Look:” Was the Agreement Fair and Reasonable at the Time of Divorce?

Accordingly, because Susan suffered no severe illness or other issue that would hinder her ability to work, the prenuptial agreement is enforceable at the time of divorce.

Ultimately, the Supreme Judicial Court ruled that, even though the prenuptial agreement heavily favored Joseph, it was not unenforceable when it was entered into or when the parties divorced because the agreement comported with the standards of fairness and reasonableness as administered under Massachusetts law and caselaw. 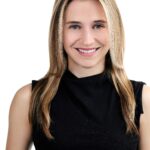 Julia Rodgers is an attorney with Mavrides Law, in Boston, Massachusetts. Read her bio here.

To speak with Julia Rodgers, or a top divorce lawyer at Mavrides Law in Boston, MA about a prenuptial agreement, contact us. To schedule an in-depth initial consultation, call 617-723-9900 or contact the firm at info@mavrideslaw.com