Contracts executed by and between spouses to provide for their mutual rights and obligations in the event of divorce, called "post-nuptial" or "marital" agreements are enforceable in Massachusetts. 1

As distinguished from other contracts related to a marital relationship, parties to post-nuptial agreements are uniquely vulnerable. Pre-nuptial agreements occur prior to the marriage. Because parties to a pre-nuptial agreement have not yet become entangled by a familial relationship, they are seen to have more freedom to reject unsatisfactory provisions.2 A separation agreement is negotiated when the marriage has already failed, and parties are able to envision their own future economic interests. By contrast, circumstances surrounding marital contracts are rife with potential abuse because the parties are often concerned with preserving the marital relationship, to which they have often dedicated a substantial portion of their lives. 3

Due to the potential for abuse, a post-nuptial agreement must be scrutinized before a court will enforce it, and will only be enforced upon the judge making the following determinations: 1) whether both parties were afforded the opportunity to obtain separate legal counsel of their choice; 2) whether there was fraud or coercion in execution of the agreement; 3) whether the parties fully disclosed all of their assets prior to execution; 4) whether there was a an explicit written provision whereby each spouse acknowledges a knowing waiver of each of their right to equitable division of marital rights and assets in the event of a divorce; and 5) whether the terms of the agreement were fair and reasonable at the time of execution and fair and reasonable at the time of enforcement.4

Contracts will generally not be upheld if found to be the product of fraud, and because of the unique risks of post-nuptial agreements, it is the spouse seeking enforcement of the agreement who must affirmatively establish that the other spouse's consent was not obtained through fraud or coercion. 5 Similarly, because spouses share a confidential relationship, the parties must make a full mutual disclosure of all assets, whether jointly or separately held. Where a spouse provides a statement listing accurately his or her assets, liabilities, income, and/or any expected or potential future changed circumstance, the other spouse is provided with all information requested, and afforded the opportunity to inquire and investigate further, but opted for a waiver of such further investigation, the resulting marital contract has been found sufficient to satisfy the disclosure requirements. Id. To determine if the post-nuptial contract is fair and reasonable at time of execution, the entire context must be examined and could be afforded greater latitude if the parties are represented by separate counsel 6 to determine if reasonable at the time of enforcement, a court will employ the same factors used to assess the validity of a separation agreement. Id. Such factors include, but are not limited to: background and knowledge of parties, the complexity of the issues involved, the context in which negotiations took place, and financial and property divisions of the agreement as a whole. Id.7

So long as the marital contract is scrutinized in accordance with these exacting standards, the agreement will be upheld to determine at the time of dissolution. 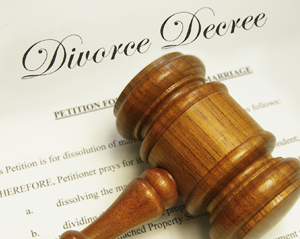