In Massachusetts, a judge may issue an order for temporary spousal support (alimony) during the course of a divorce. In a final divorce order, the court may also order either spouse to pay spousal support on a permanent basis. Both the amount and duration of a court's alimony award may vary on a case-by-case basis. The court also has a right to order that neither party shall receive alimony payments.

To schedule an initial consultation with a Massachusetts spousal support lawyer, contact Mavrides Law today. The firm has offices in Boston and Quincy, Massachusetts.

Commencing March 1, 2012, the Alimony Reform Act of 2011 went into effect. Prior to the effective date of this landmark legislation, Massachusetts Judges were not guided by legislation and did not use a uniform formula or method for determining the amount of alimony to be paid or the duration it was required to be paid. With the requirements of this legislation, the Judges are given guidance and a formula for determining alimony in each of the cases before them.

Two important points in determining the duration of alimony are:

Once issued, general term alimony in Massachusetts shall terminate upon the payor attaining the full retirement age. However, this legislation still gives a judge discretion to set a different alimony termination date or grant an extension for good cause shown.

Two Important Points: First, this legislation allows the judge to consider the co-habitation of the alimony recipient with a person for a continuous period of at least 3 months. Second, Income and assets of a payor's current spouse shall not be considered in the determination of alimony in a modification action with a former spouse.

Other issues, such as health insurance coverage and the payment of uninsured health-related expenses, must also be addressed. Access to life and disability insurances of a party and the duration of coverage is usually part of the analysis.

Mavrides Law provides both focused consultation regarding your Massachusetts alimony issue, as well as full analysis of the impact of alimony on division of assets, debt and child support/related issues. Contact us to schedule an appointment.

A Massachusetts Prenup Case You Should Know: Dematteo v. Dematteo

In the case of Dematteo vs. Dematteo, the SJC reversed the Probate and Family Court’s decision on the issue of enforceability and Prenuptial Agreement was upheld.

The Facts of Dematteo v Dematteo

Husband and Wife married in 1990 at the ages of 47 and 41. Because the couple had dated years prior, Wife was aware of Husband’s wealth. Similarly, Husband was aware of Wife’s lack of wealth.  At the time of their marriage, their financial situations looked like this:

If you would like to read more about this case in detail, including the terms the parties agreed to in their Massachusetts prenuptial agreement, click here to read our blog: A Case You Should Know: DeMatteo v. DeMatteo

Fast forward eight years later, when Husband filed for divorce. Not surprisingly, he sought enforcement of the prenuptial agreement. After three days of a divorce trial, the Court held that the prenuptial agreement was unenforceable, reasoning that it was “not fair and reasonable at the time of its execution and is not fair and reasonable at the present time, and therefore may not be enforced.”

Step #1: Was the Agreement Valid?

Again, to read the Court’s reasoning on the above, please see our detailed blog on this case.

Step #2: The “Second Look” Analysis: Was the Agreement Fair and Reasonable at the Time of Enforcement?

The SJC took a “second look” at the agreement because it found the agreement to have been fair and reasonable at the time of execution, and therefore enforceable when the parties entered into it. In providing their rationale, the Court stated “[i]n Massachusetts, a valid antenuptial agreement is not unenforceable at the time of divorce merely because its enforcement results in property division or an award of support that a judge might not order…”

While Wife did abandon substantial rights under the Massachusetts divorce law statute by entering into this prenuptial agreement, the fact that the agreement appears to significantly favor the Husband does not equate to Wife being stripped of all marital assets to the degree that the agreement should be considered deemed unenforceable.

This point is important, because it makes clear that even though a prenuptial agreement is “one-sided” is not enough to invalidate it. The Court’s decision noted that unlike other states that have adopted the standard of unconscionability set by the Uniform Premarital Agreement Act (UPAA), the Court “see[s] no reason to replace our standard of ‘fair and reasonableness.’” Massachusetts does not utilize the UPAA for guidance on standard of enforceability of  prenuptial agreements.

To speak with a lawyer about a divorce, alimony claim or other family law matter, contact Mavrides Law. For assistance, call 617-723-9900 or contact the firm by email here 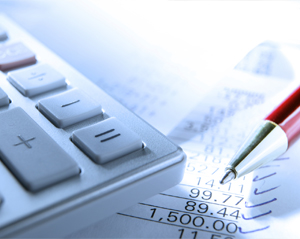