What Happens to Property When an Unmarried Couple Breaks Up?

As most of us are aware, a legal marriage similar to a binding business partnership.  This means that even if one of the partner-spouses makes no financial contribution to the house or perhaps is not even listed as an owner on the title, then upon divorce, that non-contributing/non-titled spouse may still be entitled to an ownership interest in that property.   But what happens when two people choose not to legally marry, but co-habitate as if they are married?  Oftentimes, this means that one of the parties moves into the home of the other person.  Even though he/she is not an owner, the nesting relationship makes it feel like a home to both parties.  However, what happens to the money paid by the non-ownership person for property repairs, renovations and mortgage of the other person’s home?  If there is no formal co-ownership by that person, how does he/she recoup money he/she spent to improve the property?  In many instances, the amount of money spent by the non-owner over the years of the relationship can be in the hundreds of thousands of dollars.  The value of the home may have greatly appreciated because of the financial investment of the person who has no legal ownership of the property.   So, how does that person protect him/herself against this “unjust enrichment” by the property owner? These types of issues are becoming more commonplace, as our society becomes less mired in the formalities of legal marriages.

First, it is important to realize that in Massachusetts and most other states, there are no “common law” marriages.  In other words, when two people decide to live together, without going through the legal formalities of marriage, their co-habitation does not create any legal rights akin to a legally solemnized marriage.  However, unmarried co-habitants may lawfully contract with each other concerning property, financial or other matters relating to their relationship. If there is no formal contract between the co-habitants, but one has spent significant sums of money on the property, then that person may have a claim for “unjust enrichment”.  By definition, “unjust enrichment” occurs when one party retains property of the other against fundamental principles of justice or good conscience.  It does not matter if the parties were engaged in a romantic relationship or were simply roommates.  It does matter if the payments could be construed as “gifts”, as there is no expectation for reimbursement or return of gifts from one person to the other.   Of course, it is important to keep records and receipts to prove the amount you spent in order to support your case that you be reimbursed for those costs.  You may also have an argument that the appreciated value of property, which may be more than your out of pocket expenses, be considered in the amount owed to you.  This area of the law is referred to “equity”, which gives  judges significant discretion to decide whether and how much a person may be entitled for the “unjust enrichment” of the property owner. 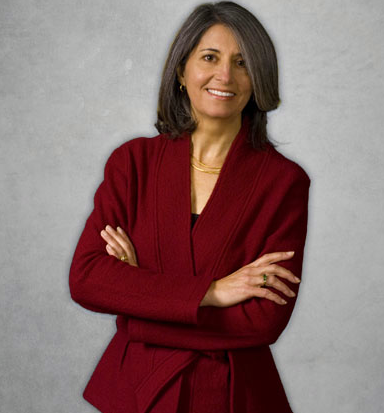 For over 30 years, Marcia Mavrides, lead attorney at Mavrides Law, has been a recognized leader in the divorce and family law community throughout Boston and Massachusetts. Attorney Mavrides is listed in the top 5% of lawyers, and has an AV preeminent rating, has been designated among the Top Women Lawyers in Family Law several years in a row, and has been consistently named to Massachusetts and New England Superlawyers.