Top 5 Questions you may have when considering a Prenuptial Agreement

1. How much does a prenup usually cost?

2. Who will draft the prenup and should you have your own attorney review it before signing? 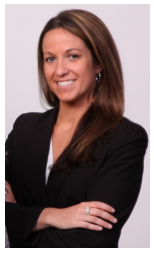 3. Will a prenup protect the assets I acquired before the marriage (real estate, bank accounts, stock options, business)?

A prenuptial agreement can protect assets acquired before or during the marriage.  If you wish to protect assets that you acquired before the marriage, those assets should be properly identified in the agreement (usually in the form of a financial schedule) including the value of the asset and your specific interest in the asset.  The more specific the identification of the asset is the better! That way, at the time of enforcement, it will be more difficult for your future spouse to argue that he/she was not fully informed of the asset to which he/she was waiving rights.

4. If one spouse cheats during the marriage, is the prenup voided?

5. Can a prenup be modified during the course of the marriage?