Alimony in Massachusetts is guided by statute, codified in the Massachusetts Alimony Reform Act of 2011. Alimony is meant to provide spousal support to a spouse that has a need for support as long as the payer spouse has an ability to pay. Alimony in Massachusetts can be affected by, but distinct from, child support. Child support is intended to provide for the needs of minor/dependent children of a marriage post-divorce. In Massachusetts, unless the parties involved have a high household income, in excess of $250,000 annually, the first $250,000 of combined income is used to calculate the amount of child support to be paid. It is important to note the spouse receiving alimony must pay income taxes as if alimony were earned income. The payer of alimony can deduct the alimony payment from his/her gross taxable income. 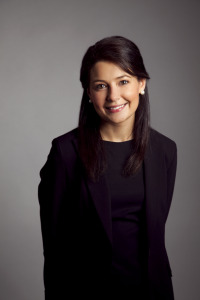 Whether and to what extent you are eligible to receive alimony in Massachusetts, or whether and to what extent you may be ordered to pay alimony, is guided by the Alimony Reform Act of 2011. The Act is grounded in longstanding principles of Massachusetts law, to provide support to an economically dependent spouse who is in need by a spouse who is able to pay. If your spouse is not able to provide for his or her own needs post-divorce, and you are able to pay support to help meet those needs, you may be subject to an alimony order in divorce, and vice-versa. However, if there are unemancipated children and the combined income of both parties is less than $250,000 annually, the payer may be obligated to pay only child support.

The Alimony Reform Act provides for termination of alimony upon a number of specific events, including the recipient’s remarriage or cohabitation with another. However, the payor must seek the court’s permission to terminate or reduce alimony payments due to cohabitation. Cohabitation as defined in the Act is broad enough to encompass non-traditional partnership concepts, but makes clear that the ordinary roommate relationship would not be encompassed in the definition by Act.

Alimony in Massachusetts is modifiable where there is a change in circumstance from the circumstances at the time the alimony order was entered and as long as the parties did not enter a binding contract that prevents any modification. Additionally, alimony ordered under prior law, before enactment of the Act, may be modifiable under certain circumstances.